Friday's at the Piedmont Grille

On the Menu today -- Copious amounts of hot chocolate, with a side of introspection. 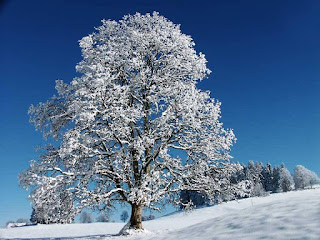 Can I just say, it's freezing here. And I'm sure there are a lot of you who want to throw something at me right now. Duh! The whole freaking country is COLD. And most of you have snow. I pray the electric doesn't go out. And if it has, I'm sorry. I'll pray they get it turned back on very quickly.

I used to love snow days home from school when I was little. (Of course, living here, any kind of anomoly in the atmosphere is call for a 'weather day'.) We would stay in our pj's all day, watch PBS (because there were only 5 channels when I was a kid). My mother would make cocoa with marshmallows. My brothers and I built forts with blankets in their room because they had bunkbeds. Laying on the floor and coloring would be big as well. Or reading my 'horse' books.

When we moved to our first house, we all had snowsuits and would play with our friends down the street. We built colossal snowmen, (to the top of the porch once). Not to mention all manner of igloo and snow fort for snowball fights. We'd come home soaking wringing wet, legs sticking to our pants, mittens just sopping.
I can still hear my mother's voice,

"It's a wonder you haven't caught your death of cold."

(Looks funny to see it written out that way. I want to fix it even though it's true and factual dialogue.)

Then my mother would change our clothes, we'd have lunch and go right back out again until it was dark. Because we lived on a dead end street, the plows would stack it all at the end so we had a ready made hill for sledding. Talk about sweet.

We did have snow here, two weeks ago. Monster Baby and I went out and made a snowman. (Pretty good one too, for an old lady.) Living here however, proved a disappointment. Our man melted within 6 hours.

I mean really, if it's going to snow, let it snow at least six inches. And let it hang out for awhile. I don't mind being home if there's a reason for it. Today's reason was ice, and yes, there is nothing worse than black ice. But there's nothing to look at. Everything is brown. And ucky. And everytime I look out my window I see I still have to pick up that pile of leaves.

If there were snow here, it wouldn't look so bad. And maybe I wouldn't feel so bad. I just feel so blah. I don't even care it's Christmas next week. Maybe if there were snow, I would want to go outside and play. Or sled. Or hell, even shovel the driveway.

Now I know most of you want to kill me, you've been freezing and shoveling for hours. I have to do it here too when it sticks. And I have to do my parents' house as well, so I get double duty. And I hate when it turns to slush and mush and it looks ugly and dirty. I want it to go away again.

But when it falls, or late at night when it's quiet, and everything is just so wonderlandy, don't you just love it? Somehow snow makes everything okay. It spreads itself out like a blanket of goodness. It makes you want to believe in Santa Claus again. Even if it's only for just a little while.

Have a great weekend everyone.
Posted by Anne Gallagher at 6:44 AM

It's cold here in London, too, with a side helping of a little tiny bit of snow - which of course has the whole city freaking out like it's Ice Age IV or something. :)

Hope you stay warm and have a great weekend!

Ditto your sentiments Anne. I can't stand when it snows, the melts, then slush, then freezes, then black ice, then melts again, then grime. Here in Toledo, we got four inches last week - and it's still here. When I lived in my house, I used to love it when it snowed at night. I'd have the fireplace going, hot something or other, and the world outside felt like a wonderland.

Talli -- Snow here does everyone in as well. You'd think they'd never seen it before.

Leigh -- I wish my fireplace worked. I miss it.

Heck with shoveling! Just let it pile up and keep me trapped in the house. Of course, where I live, that doesn't happen often.

I do love a little snow...as long as I don't have to go anywhere. Or shovel more than 6 inches of it. ;)

Alex -- No it doesn't happen often but when it does, I hate it. They shut the entire state down.

Now that I've got winter tires, the snow isn't quite so bad. Yesterday the weather decided to dump snow on my part of the city, and pretty much only on my part of the city. The trees branches were inches deep in snow, but when you drove out off the community, the branches had only a little snow. Where's the fairness in that????

Stina -- No fairness, just the way it is I guess. Santa's cruel joke.

Yep. I love when it is snowing, but I could do without the snow. None here...just bitter cold in an ice-on-the-windows type of way.

It snowed yesterday for us--finally! I love it. I wanted a white Christmas. Now they're redicting more snow Sunday. That's the best time to get snow--the weekend!
Have a good one!

"Somehow snow makes everything okay."
I love that. It does seem so, doesn't it? Especially that first snow...and I love making my kids hot chocolate with marshmallows while they thaw out by the fire.

No snow here--ever. Sometimes I miss it. Most of the time, I don't. I had lots of it growing up and you are right--it can be absolutely, breathtakingly beautiful!

I didn't grow up with snow days, so I was always jealous of them! They seem so idyllic, as long as you don't have to go shovel your car out of it :)

i love snow. it's hard for me to imagine that the majority of the country actually doesn't have snow for Christmas. It blows my mind, really

I love it when it snows. It seems like we don't get as much in KC as we used to, but last year was crazy. We got close to two feet of snow right around Christmas. Still, they do a good job clearing the roads, and I live so close to work, and my family that I never worry.

I loved snowdays as a kid. Your memories take me back to making snow forts, sledding, staying out for hours and never feeling the cold.

Oh, I'm afraid I can't ever think of snow as beautiful. I hate it so much. Unless you count that ONE time, when I was singing at the 11:00 Christmas Eve service, and it was dark, with just a handful of stars in the sky, and it was snowing just a little bit. That was kind of nice. KIND OF.

It is bitterly cold here, too. I feel your pain. *Hugs* *Love* *And whatnot*

I slid sideways yesterday on the way to work! Woohoo for ice! NOT!!! :(

Gimme some snow and I'll show you a happy camper. You're right, it does make everything seem wonderlandy. Mysterious, fresh, other-worldy.....

I hope you have a great weekend and I wouldn't worry about that pile of leaves. Our whole back yard is covered in them, hee hee!

I hate winter. That is a beautiful picture.

Anne, I wish I could beam you here for a bit, and you'll have your fill of snow for the year! I bought myself a 4WD this fall, so our last 12inch dump was easier to handle than previous years when I literally would be snowed in because my low car could not drive through the unplowed streets.

Looking at pictures of freshly fallen snow is nice any time of the year. But seeing it & having to shovel in it, walk in it, drive in it...not too fun! Oh, & that dark slushy stuff it turns to after the traffic gets to it...nope, not a pretty sight either.

Reading all your childhood memories makes me remember some of my own. Wonderful feelings!

I grew up with snow days and those mittens covered in tiny balls of ice. As a kid, I loved to watch the first snowfalls and run out to play in it. As an adult, I'm sooooo glad I don't have to shovel it. I do wish you a non-slushy Christmas. :D

Snow can make things really pretty, when it's flurrying and everything around is white... and I'm inside and not having to dig my car out or drive in it. Otherwise, I'm not that much of a snow person. We got 2-3 inches this past week and had both a delayed opening and early dismissal for schools. Wonder if we'll have any full snow days?

Hope you've had a nice weekend!

...not a fan of frozen precipitation. Just slid into my garage following a tumultuous venture into town against my better judgment. Not a fan.
Anne, you've asked of news concerning The Girl. Happy to report that she spent a joyful Thanksgiving with us, will be spending the week between Xmas and New Year's with us...and according to her social worker, in the not too distant future, she'll be under my roof where she belongs for the remainder of her childhood. Keeping fingers crossed and hoping the system does something right for a change:)
EL

I hope you had a good weekend.

It's been cold for over a month now with little break. We were forecasted to get a snowstorm, but it changed its mind, so back to school today.

Some snow is nice. Sounds like you had fun.

Anne,
I loved reading your childhood memories in the winter, when it had snowed. I wished we had those sentiments in snowy days, now, as adults. All I do--and see others doing-- is to complain... :-((

Anne, thanks for stopping by my blog and for your kind comment.
Doris