Finding Characters for My New Book

Robynne Rand is my alter-ego, as some of you may know. I blog over here under that name as The Rhode Island Writer (Get it Piedmont Writer/ Rhode Island Writer). Anyway, as part of my writing process I need to have pictures of who I think my characters would be. This helps me focus. I'm now at 40k words, the half-way mark and have been writing blind, as it were. I couldn't really see who my characters were. In Chapter 12, Abby and Michael have to go to the 4th of July party in Bristol. Which brought me back here,


and this prompted me to start searching. Last night, I found these two. I've always loved Jeffrey Dean Morgan and when I found out he and Hilarie Burton were a couple, well, that was just icing on the cake. (Love her on the Hallmark Channel)


Don't they make a nice couple? And they're just the right age. And bonus on top of that, Jeffrey was born on my birthday - April 22 - and his character name in P.S. I Love You (with Hilary Swank -- great movie!) was William Gallagher. So, yeah! I think that is a good omen for this book.

This novel takes a lot from my personal life dealing with my mother's diagnosis of Alzheimers. Write what you know, right? I've been trying to keep it light, some lines are just laugh out loud funny, because well, if I can't laugh about it sometimes, I'd spend all my time crying and who wants to do that. I think I'd classify it as romantic women's fiction because, well, it's not chick lit.

Abby is a novelist who keeps to herself. She's a nice girl who got screwed over by her ex-husband, and although doesn't necessarily hate men, she's wary of getting taken again. (Again, write what you know.)

Michael has his own garage and works on classic cars. His ex-wife was a bee-yotch of the first water who promised him kids and then reneged on the deal. (There's more to this but no spoilers here.) He's Rose's next door neighbor, hence the title of the book.

Then there's Abby's Aunt Rose. Her kids are wanting her to pack up her house to sell it, so Rose can move to California and move in with her daughter Mandy. However, Mandy's in London with her husband and kids for the summer, so Mandy asked Abby to go help Rose.

Last but not least, there's Elwood. Michael's dog. Because who doesn't love a good Rotty.


At forty-two, Abby Pryzbylowicz had everything she ever wanted—nice apartment, nice car, nice life. A novelist by trade, she pens romance novels, cozy mysteries, and the occasional thriller. A quiet woman, she only wanted to be left alone with her characters. However, when her cousin phoned and begged Abby to help her out with her mother she couldn’t say no. Abby loved her aunt. Besides, it was only for the summer.

Upon her arrival to Rose MacLaren’s house, Abby found her aunt a ferocious hoarder, had frequent bouts of forgetfulness, and a penchant for choosing her clothing according to color rather than season.

Then there was the mechanic’s dog who thought of Rose’s back yard as his literal dumping ground, not to mention the barking, the hole in the fence, and the ruination of forty years of heirloom roses.

Helping her aunt get her act together was the easy part.
Dealing with the mechanic next door was another story.

Here is the mock-up cover I did. Needed one of those as well. Don't know if if this is the image I'll use, but it puts me in the right frame of mind to finish the book. (Fonts are obviously not my strong suit.) 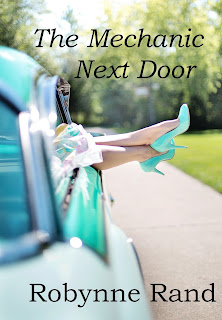 If you want to read more about places I used to go in Rhode Island, here's my latest post on Scarborough Beach in RI. For all the ex-Pat's out there.

Tell me -- Do you need pictures of your characters to help fill in the gaps of what's inside your head? Do you need a cover before you can finish? Have you ever been to Rhode Island?

My Books Were Pirated -- How I Handled It

To add to the growing number of crappy things that have happened to me in recent months, I found out that several of my books were pirated and offered for free as a PDF download across multiple web-sites. Naturally, I was stunned, then angry, then depressed. It's been hard enough to write these days, now I had to confront this nightmare of a situation, which I didn't really want to do for a number of reasons:

1) It was wasted energy.
2) It was wasted time.
3) What was the point of writing and trying to sell books if some little piss ant was just going to steal them?

A few years ago, I found a blog post that gave step-by-step instructions as to what to do if you ever found yourself in this situation. Luckily, I had saved it in my bookmarks bar. I reread it, then searched for more answers. I read about a half-dozen more blog posts just to make sure I knew what I was doing. (Just search "ebook piracy" or "DMCA notices".)

I took nine days to get my act together to deal with it. Last Friday I sent out DMCA notices. (Digital Management Copyright Act). By Saturday night, after another Google search, the pirated books were gone. I kind of didn't think it would be that quick, but I guess when you mess with copyright infringement, pirates are scared they'll get sued for damages (which for some could be in the millions.)

It was a process to be sure because even though these websites are supposed to have a DMCA tab for such things or an email address on their site, most didn't. I had to look them up on WHOIS. And once I did, it was a nightmare to figure out which address to use. It took just about 5 hours from start to finish to send 9 notices.

Here is the letter I sent. (Pretty much word for word from the blog post.)

To Whom It May Concern:

In accordance with Section 512(c) of the DMCA, I am submitting this takedown notice in writing and with a digital signature at the bottom.

My name is Anne Gallagher. Effective 7 July  2017 it came to my attention that my copyrighted material, specifically The Lady's Masquerade is being offered as a free download on your site ebookfiles.com. (You have to make sure you include their website. Found this out when I received an email from one of the pirates who asked, "Which website?" Needless to say, said pirate obviously has more than one.)

I have a good faith belief that the use of these copyrighted materials on your site is not authorized by the copyright or intellectual property owner, its agent, or the law. Under penalty of perjury, I certify that the information in this notice is true and accurate, and that I am the copyright owner of the copyright(s) involved.

Under this statute, you are required upon receipt of this notice to remove and disable access to the infringing materials specified in this notice.

The title is as follows, with an active link to this item on your website:

Title: The Lady's Masquerade
Link: https://www.amazon.com/Ladys-Masquerade-Reluctant-Grooms-Book-ebook/dp/B00C3M4D2Y
(You also need to include a link to the book, not just your author page. I used Amazon because they have global reach. Most of the websites had domains in India.)

Thank you for your assistance and for handling this matter promptly. If you have any questions please feel free to contact me via email at shoreroadpublishing@gmail.com .

(You also need to include a written signature. At least that's how I interpreted the instructions. I think it makes the pirates take you seriously.)

They also explain WHOIS.com much better than I can.

I wrote the main text in Word, then copied and pasted it into the email. I couldn't figure out how to insert the written signature so I wrote one out, scanned it, then uploaded it as a picture to insert in the email. (I know, I'm still so outdated when it comes to computering.)

I found six Regency romances and my latest contemporary romance in the pirates' booty. Unfortunately, every book I found, I had once offered for free at one point in their publishing history. So take that as a lesson to be learned. Free is not what it used to mean. And that's not to say that pirates won't take a bought book and do the same thing, I'm sure it's just easier with free. Most of these websites also maintain they're doing a service to the reading public by offering these books.

However, as the above mentioned blog post says, most of these sites are just scams wanting to steal information or infecting your computer with viruses. And I know one of the pirates had more than one website because I found the same comments on three of them, all claiming "this is one of the best websites around to get free books. Now I can finally read the book I have been wanting without paying for it." It made me sick to my stomach.

How did I find out that my books were being pirated? I Googled "The Lady's Masquerade free download". I then searched each of my other books. I found Women of a Certain Demographic quite by accident. I wanted to see if it was up on itunes so I Googled it and voila, there she was.

So, two lessons today, my bloggy friends--
1) Take the time to search your titles.
2) Think long and hard about offering your books for free.

Tell me -- Has this ever happened to you? What did you do about it? Do you still offer your books for free?

PS. I've also posted on my other blogs this week if you want to take a look. I'm finally rested enough to get back in the game.

Posted by Anne Gallagher at 6:30 AM 8 comments: