Friday's at the Piedmont Grille

We're just going to dive right in today. Lots to talk about.


1) When I read Three Daves (which I loved BTW), I saw that each chapter had part of a scripture attached
to it. I thought it was interesting, but didn't quite "get it." I found though, that this is considered "inspirational". Would you consider yourself an "inspirational" writer? (Because I don't. I mean, not that you're not inspirational, it's just that to me, you're a writer of women's fiction/romance, inspiration notwithstanding.) 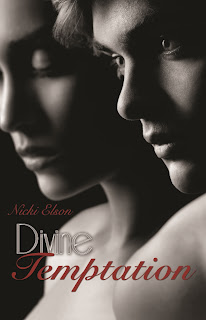 I’m very happy you loved it. The story behind the Psalms at the end of the chapters is that while I was writing Three Daves, I came across a Psalm that made me think of a particular scene. After that, I thought it would be fun to identify a verse that related to each chapter, so I did. In some cases the connection between the scripture and the chapter are quite strong, in others, I’ll admit, I was stretching. But one of the coolest things about the Bible is that you can read it again and again and get something different out of it every time, depending what you’re going through in this life at that moment. I began the search as a private exercise, but since I got something out of examining the scripture from the story’s angle, I thought others might too, so I left the Psalms in when I submitted for publication—but I purposely set them off from the rest of the text so that readers who chose to could simply skip past them.

Other readers have expressed mild confusion about the inclusion of the verses, but enough people have told me that they really enjoyed reading and pondering each one that I’m glad I was able to keep them in. I was half-prepared for the publisher to tell me they had to go, which would’ve made me sad, but I also would’ve been okay with it because they’re not story-essential and I understand the eyebrows they raise. But not one editor along the way ever suggested that they go, so I guess they were meant to be there.

Okay, to finally answer your question—no, I don’t consider myself an “inspirational” writer. It’s only natural that my Christian worldview will affect what I write, but like you said, I write women’s fiction/romance, period.

2) Your new book DIVINE TEMPTATION has been described as "edgy inspirational". Okay so what does THAT mean?

Hehe, um, I think it means that there are a group of authors who don’t quite fit the strict Christian Fiction genre, but they’re close, and so they’ve made up a whole new category. I was led to it when my publicist  asked me to search out Christian Fiction review sites. I knew that category wasn’t right for my book, so I was very happy when my searching led me to this Edgy Inspirational sub-genre, which allows the characters more leeway in the sinning department.

In my opinion, Divine Temptation fits in the Edgy Inspirational category, though some might say it teeters on the edge of edgy. Faith is present via Maggie’s relationship with the angel and her job at the church, but the focus of the story is on her struggle with things like life after divorce, resentfulness, an inability to trust, and not least, lust—sometimes she loses those battles, and sometimes the loss leads to dark consequences.


3) I'm dying to know how you came up with this idea of an angel in Maggie's bed. Sure, we've all dreamed of coming home and finding the perfect man, but this seems a bit...wild. Where did you find this idea? (Because I so love it.)

Yeah, I’ve raised a few eyebrows with this one too. Well, the first spark of inspiration was to have a supernatural white-knightish type inserted into the life of a mature, experienced woman (i.e. not a swoony teenager), and since my natural bent is toward writing reality, I chose a being that I believe truly exists, and so we arrive at an angel. Plus, casting him as a heavenly angel most definitely kicked up the “forbidden love” factor. It’s the opposite of all the bad boy, alpha male stories, but to me, a good boy can be every bit as enticing, in many ways more so because he appeals to more than just the libido.

Great stuff this. Gives me a few ideas of my own...

4) And trying not to give any spoilers, (but I've read some reviews) there is somewhat of a clash between good and evil...was that a natural extension because you're writing about an angel? Or did it just hit you one day?

It was a natural extension. Nothing about this story really just came along and hit me. It lived in my head for years, mutating, with new twists growing and winding their way through the storyline. Now that I’m thinking back to the very beginnings, what ended up being Divine Temptation is actually the coming together of two different ideas—one being the angelic white knight idea described above, and the other being the notion that evil is alive and thriving on this Earth, even under the immaculate surface of manicured suburbia. The seeds of this second idea came while doing a study on Death by Suburb by Dave L.Goetz

5) And because we all know you're an 80's girl, who was your musical inspiration while writing this novel?

You know me well. While writing Divine Temptation, a few songs came along and smacked me in the face as perfect for the dream soundtrack, like “Perfect” performed by Smashing Pumpkins (Maggie & her ex-husband Carl’s theme) and “Something Beautiful” performed by Needtobreathe (Magge & Evan’s theme and also her & God's). Now that you’re talkin’ 80s, however, how can I not offer up “Just Like Heaven” performed by The Cure as the lead track? It's got a nice blend of happy, longing, and dark, which I think fits the story well.

Thanks for having me over, Anne!  I greatly enjoy our discussions.

Thanks for being here Nicki! Great time as usual.

You can find Nicki at her website below, and her books are linked.

I really like the Bible verses in "Three Daves." I thought they were interesting, and they helped make the book unique. I love Divine Temptation, and I love Nick Elson.

Thanks for stopping by Janie.

I really enjoyed reading more about the thoughts behind the creation. This was a really good interview, Anne, and Nick, beautifully-articulated answers.

...two of my favorite blogger pals/writers spilling the goods on Nicki's next great hit ;)

Fab interview, ladies! I learned a lot about the inclusion of the Bible verses in Three Daves, and about "edgy Christian fiction."